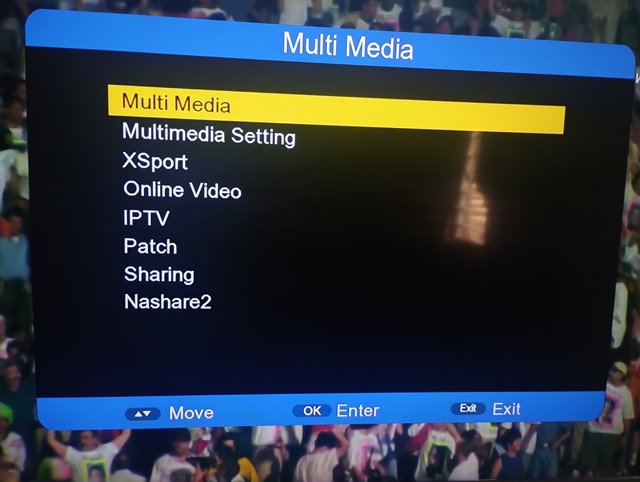 The good news for the users of the sunplus receiver as Nashare 2 software has been released. Sunplus receivers are the second-largest receivers that are widely used. It is common in Africa, Asia, North Africa, and a small percentage in Europe.

The Nashare 2 IKS server is less popular than the Forever because it has low wide coverage. In terms of performance, Nashare 2 IKS works perfectly on satellite packages, just like its counterpart.

The Team has been working hard to bring something new to the satellite tv world. Now the sleepless efforts of the Team have been crowned by jailbreak some channels on Eutelsat 36B and Nilesat 7W.

If you have the latest sunplus receiver with the latest CPU, you can check with your supplier for possible new software and upgrade your set-top box. This new version of the software released by the Team will add the Nashare 2 protocol along with XR Sport.

Nashare 2 is the name given to the Internet Key Sharing (IKS) protocol usually found in Sunplus receivers. Sunplus receivers are the general name for set-top boxes with 1506, 1512, and 2507 CPU versions.

You must check the set-top box system information to differentiate the old Sunplus receivers from the latest ones. Any sunplus receiver with 1512 and 1506G or T or F is older. 1507G and 2507L CPUs are the latest with a good security patch. However, some receivers with combinations of letters, including 1506TF, FT, LV, and HV, are the second to the latest.

Examples of the Sunplus receivers are Csat 9900, Strong Gold 4980, Televes 9800, and many others running any of the stated CPU support Nashare 2 IKS protocol and a month free activation code.

As the world evolves, technology brings hope and possibilities to the world of satellite because monopoly has killed the enjoyment of watching satellite tv in Africa, especially the sub-Sahara region.

Thanks to the Team bringing Nashare 2 IKS for Sunplus receivers. With the new development on the ground, the Sub-Sahara region channels on Eutelsat 36B are now under the control of Nashare 2.

As the FIFA World Cup is set to kick off today, you can watch the show on crystal clear pictures from different satellite packages. North Africa and some European countries can access channels on Nilesat 7W.

The Team promised to add more channels or satellite packages on the server as soon as it is available. Suppose you can’t afford the Forever VIP IKS Package due to the unavailability of a support device. You can opt-in for the Nashare 2, as the sunplus receiver is cheap and available in the satellite market. I hope to see Funcam to have VIP package too.

How To Buy Nashare 2 Activation Code

If you want a Nashare 2 activation code to try, it costs $7 per month. The regular Nashare code costs between $20 to $30 per year, depending on the country and exchange rate.